The grand jury decisions not to indict the police officers involved in the deaths of Michael Brown and Eric Garner in the last few months have fueled growing alarm over inequities in our legal system and the ways in which racial bias affects law enforcement. These decisions have brought into relief the profound and deep-seated racism that affects the daily lives and deaths of people of color, especially African-American men, and have galvanized a movement that at its heart simply claims: ‪#‎BlackLivesMatter‬. They have also sparked many different actions of protest and dissent across the United States and around the world. Last Monday night, several students, staff and faculty from across the schools of the Graduate Theological Union, including the American Baptist Seminary of the West, Pacific School of Religion, and Starr King School for the Ministry, took part in one of those actions and 16 of us were arrested for participating in a peaceful protest.

While some have criticized the form that this protest took as both dangerous and ineffectual, we have come to understand it as part of the disruptive work that we are called to as spiritually rooted, theologically grounded faith leaders working for social change. When systems of oppression seem intractable, disruptive action becomes an important first step in transforming them. We must stop the flow of business-as-usual in order to imagine a new world breaking in. While occupying a freeway may not create racial justice, it points toward the disruptive action that will be needed to dismantle the systems of racial injustice that create the world in which Michael Brown, Eric Garner and countless others are killed with impunity. For Christians, this kind of disruption is part of God’s in-breaking into the world, the incarnation of Love-made-flesh. The table-turning Jesus disrupted the flow of history by enfleshing God’s love in our midst; so, too, are we called to disruptive action that embodies and animates God’s justice and compassion in the world.

Before joining our comrades in the streets of Berkeley, 35 or more seminary students, staff and faculty, clergy members and chaplains gathered in Pacific School of Religion’s chapel to remember and take on the responsibility to which God calls us. We prepared ourselves with basic first-aid kits, food, and water knowing that where there is hunger, we are called to give nourishment. That night we sought to be visible signs of solidarity, peace and hope. Some wore vestments and collars, others carried signs that said “Chaplain,” hoping to remind the police that these are peaceful protests, and to remind anyone who is fighting for their lives that they are not alone. Our marching took us from the UC Berkeley’s campus throughout the streets of Berkeley, all the while seeking to maintain the peaceful character of what came to be a crowd of thousands. In the spirit of this ministry of accompaniment, we went where the people were.

That journey culminated in a parking lot behind a shopping mall, where we and 200+ other protesters were trapped and held by police in riot gear. As anxieties, anger at the situation, and a sense of powerlessness to affect the outcome grew, it became clear that things could easily escalate. One fellow protestor asked us if we would start singing, as we had at other tense times that evening, and we did. In that moment we connected to a call that resonates in every religious tradition. We found ourselves in the position to help people remain in the spirit of the primary motivations behind their presence in these protests all along. With each song, we, protestors and police alike, became a little bit more human, a little bit more connected, a little bit more grounded in the justice we sought and the peace we protected. Even though our night would end in handcuffs, without justice or peace, for those moments we were rooted in the deepest yearnings of our hearts.

We were not there to be arrested, but the path of solidarity we chose came to that. As a group of mostly, but not all, white people, we recognize that this act of solidarity comes from a place of privilege. The reality is that we, unlike Eric Garner, can breathe, and we benefit from the same system that wrung the life out of him. But our arrests, especially for those of us who are white, implicate us in a commitment not simply to affirm that black lives matter at the level of the abstract, but also to engage in concrete action that foregrounds black voices and supports the struggle against the horrific effects of white supremacy. So the question for all of us becomes how will we advance this movement? To which communities and voices are we going to hold ourselves accountable as we move forward? How are we going to put down the figurative bullhorn and be allies as people of color lead the way toward change?

It is easy to feel powerless when confronted by systems of injustice that seem intractable. It is tempting to rely on others to bring about the change we know the world needs. We end up questioning the tactics, arguing about strategies, and throwing our hands up in despair. But Michael Brown’s death calls us to put our hands up in solidarity and cry out “don’t shoot” to a system that devalues black lives. And if we are white people, justice demands that we take part in dismantling the system of racial bias that ensures our privilege. Embodying both righteous anger and transforming love is complicated. It is always an imperfect and ever-unfolding process. Yet, we, as religious leaders and people of faith have a responsibility to take action, to embody God’s disruptive love in the world. We have the opportunity to reconnect people to the primary motivations behind their anger, their demand for justice, and their hope for a better world. We invite you to see our witness as an invitation to a broader conversation, a bigger dialogue about racial injustice in the United States that must begin with communities of color. And we implore you to find your own ways of disrupting corrupt systems that perpetuate racism, of amplifying the voices of those who cry in the wilderness for justice, and of holding us all accountable to our deepest values and purpose. How will you let your light shine in such a time as this? 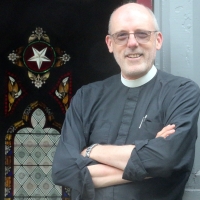 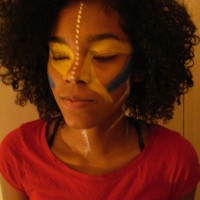 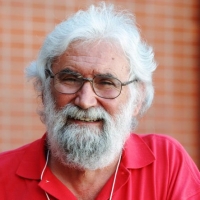